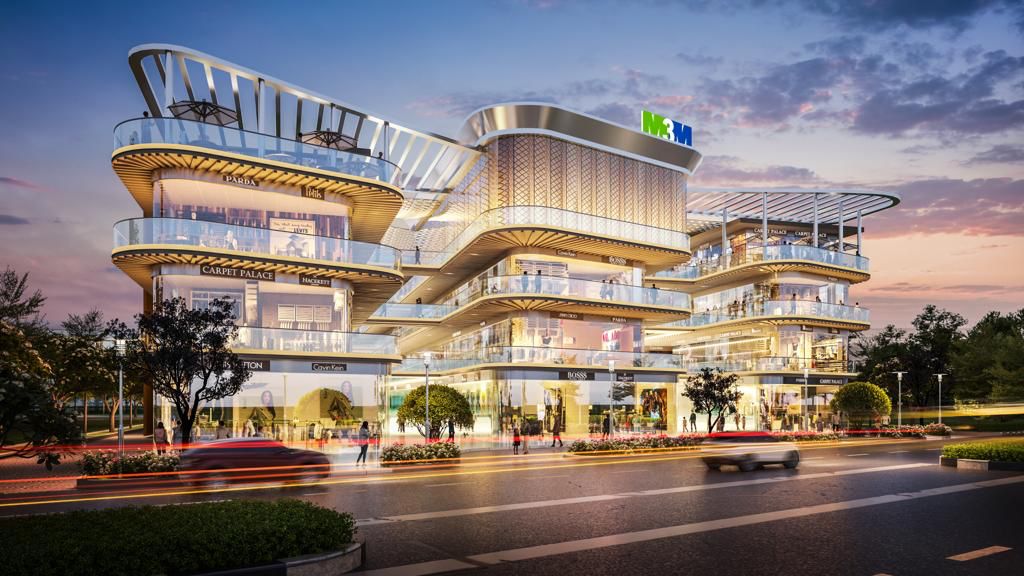 with a topline of Rs. 1000 crore M3M India, one of the fastest growing real-estate developer in India, has launched another high-end retail project – ‘M3M Route65’ in Gurugram, next to the Worldmark in sector 65.

Spread across 4 acres, with total saleable space of 4.87 lakh square feet, the Company is expecting a topline of Rs. 1000 crore from this project.

Pankaj Bansal, Director – M3M India says, “We are quite aggressive in our retail portfolio and have so far delivered over 5 million square feet of retail space in Gurugram itself.

Our new retail project ‘M3M Route65’ in sector-65 is also state-of-the-art retail project, spread across 4 acres with 4.87 lakh square feet of saleable space. We are expecting a top-line of Rs.1000 crore from this project.

‘M3M Route65’ is spread across four floors with 727 units,ranging from 170 to 4800 square feet in area, with ample parking space in the basement.

Besides general retail, we have also kept more than 1 lakh square feet space on the third floor for food-courts and entertainment zone.

This project has close proximity to premium residential complexes like Golfestate, Trump Towers and M3M Merlin.

We are also looking forward to launching another 2 million square feet of retail-cum-office space soon in Gurugram.” Besides M3M, there are a number of other realty giants who have already invested or are looking forward to invest in retail space.

DLF is looking forward to add around 5 million square feet in the next 5-6 years with an investment of about Rs 3,000 crore to construct two new shopping malls in Gurugram and Goa.

The company is also investing Rs 200 crore to expand its mall at Vasant Kunj which is spread over 500,000 square feet with International and domestic luxury brands.

Godrej & Boyce has also recently announced that its furniture and interior solutions brand Godrej Interio will focus on north India to grow its omni channel retail footprints by 35 per cent by FY25.

K Raheja Group is also planning to expand their retail chain Shoppers Stop and is looking forward to launch 12 new stores in FY23, primarily in Tier-2 and
Tier-3 cities.

Indian retail industry is one of the most dynamic industry, contributing about 10% to India’s GDP and 8% of the employment. India is the world’s fifth- largest global destination in the retail space.

Delhi is squeezing in terms of availability of residential as well as commercial space, and on the other side Gurugram has been progressively emerging as much sought after destination because of its connectivity, amenities, luxury residential projects and state-of-the-art retail space.

A systematic highways and roads network plan in Haryana, particularly in Gurugram, is expected to further give way to congestion-free traffic, giving a much desired relief to investors and end-users.

This will prove to be a boon for the health-conscious people.

Further, the 29 km Dwarka Expressway is also expected to become operational by 2023 and this would also make Gurugram highly approachable and reduce travel time from Delhi considerably.

The company has to its portfolio about 28 million square feet of overall space.