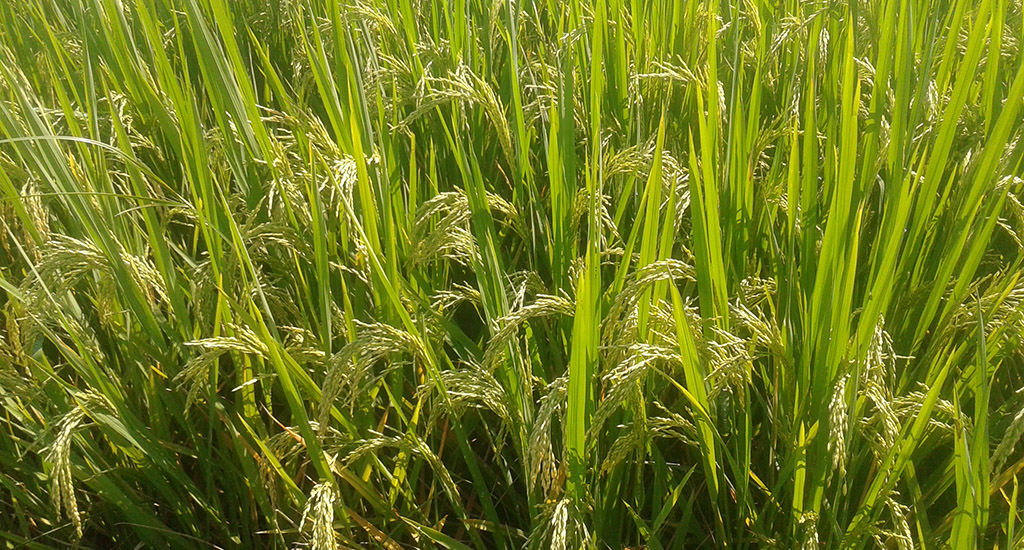 Surrounded by lush green paddy crops heavily laden with golden grains glistening in the sun, Parikshan Sao happily announced that fish were the reason for his healthy plants and not any chemical fertiliser.

If that was confusing, he clarified that he uses water from his fish ponds to irrigate the paddy crops. “I owe the high yield to the nutrient-rich water from my fish pond,” says Parikshan Sao, a farmer from Mahadeopur village.

With more than 90% of the 250 households in this village having their own ponds – most of them breeding fish – Mahadeopur is a village with bumper rice harvests for sure. So much so that the practice has caught on in neighbouring villages, including Dighma, Jatichak, Puranchak, Dhanauti and Basaur.

About five years ago, Sao – who was working as a mason – arranged for some money and dug a pond measuring 1 bigha (0.62 acre) on leased land, so that he could breed fish for some additional income. 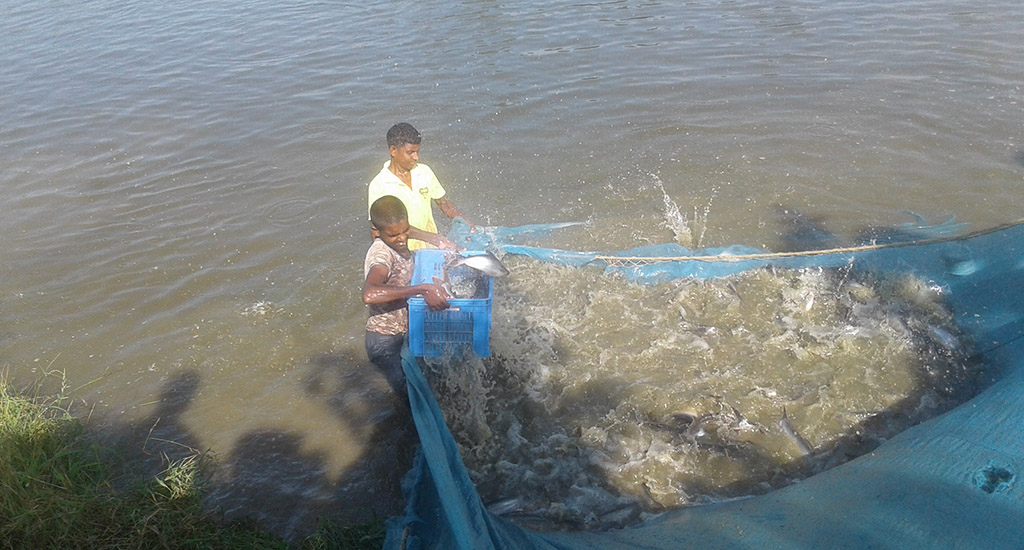 That’s when he learnt of using water from the fish pond to irrigate the crops.

Santosh Kumar was the first farmer who dug up a pond for fish farming in 2014. He and his cousin Somparkash Singh decided to get into fish farming as they did not have a job.

However the duo’s inspiration was Vipin Kumar of a nearby village, who had dug a medium-sized pond and earned Rs 42,000 from the very first fish harvest.

Santosh Kumar recalled that it was by chance that they found the potential of the fish pond water. “We had collected the fish feed waste, etc. from our pond and threw it in a nearby farm. To our surprise it was a bumper harvest,” he said.

Sao followed suit and he too was surprised by the results.

Sao said that like the other farmers he also used to rely on chemical fertilisers and pesticides. Not anymore. 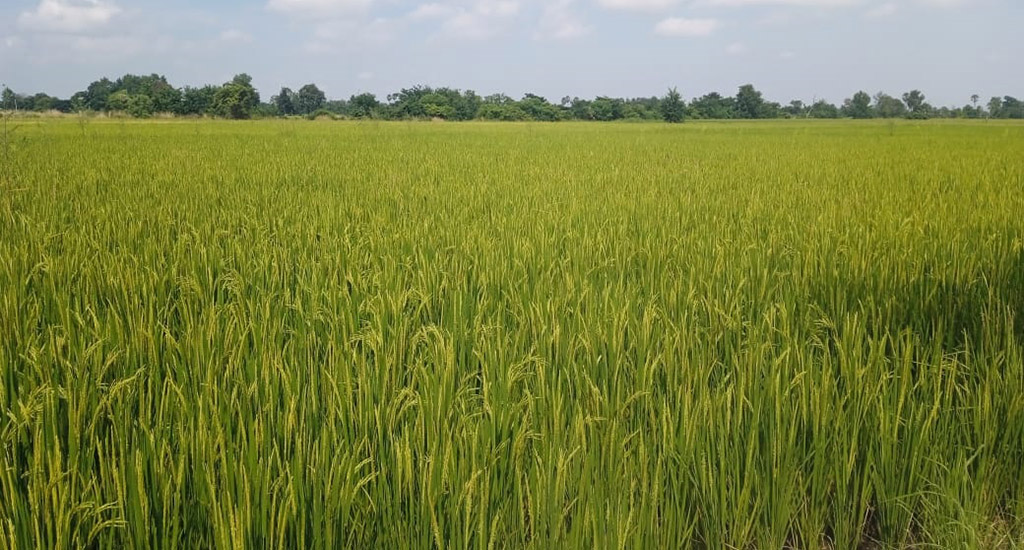 Earlier a farmer had to spray pesticide twice for paddy. Now only a few of them use pesticide just once – or none at all like Sao.

“Use of pesticide or insecticide has become a thing of the past after farmers started using water from the fish ponds,” says Sao.

Somparkash Singh agrees as he also uses less fertilisers after creating a fish pond. “It’s good for the environment as well as promoting organic farming,” says Singh, adding “farmers who were using 8 to 10 kg of fertiliser per katha (about 1,360 sft) till a few years ago use just 2 to 3 kg. Some of us are not at all using fertilisers.”

Ajay Kumar Paswan of Dhabauti – a village with more than 40 fish ponds – said that his use of chemical fertilisers has drastically reduced too.

Singh and Santhosh Kumar said that the fish pond water works wonders not only for paddy but for the other horticulture crops they grow.

An unexpected benefit from fish farming

So the trend started in Mahadeopur and slowly spread to nearby villages. Now almost every farmer has ponds where they breed fish and use the water from the pond to irrigate the fields. They pump the water from the pond to the field at regular intervals that varies from 15 days to a month depending on the crop. Then they replenish the pond by pumping water from the bore well or a nearby canal.

Prior to 2013, there were hardly any ponds in the village. But now every farmer owns one. When a farmer does not have a pond to breed fish in, the other farmers happily share the water from their fish ponds.

A sure-fire success and a move towards sustainability

“It gave us confidence that we could do well despite challenges and so we dug up more than two dozen ponds in 2015 and our success has created a new opportunity in the village for livelihood and prosperity,” said Singh.

Sanyasi Red, a sculptor-turned-organic farmer, is happy that water from his five ponds gives him good yields of different types of paddy and wheat. “There’s urea shortage. So the encouraging result of fish pond water motivates them to switch to organic farming,” said Red.

As nitrogen and phosphorous are the common elements in commercial fertilisers and fish pond water has the same, it serves as an excellent organic fertiliser.

Farmers such as Red are happy that they are able to practice organic farming at no cost and yet getting bigger grains of rice and wheat – with no tension about getting fertiliser on time.

Our fish ponds have become more than a source of livelihood

Though Vipin Kumar started fish farming in his personal capacity, as an officer working in the government fisheries department, he has been able to promote it. So much so that more than 225 ponds dot the villages in and around Mahadeopur now.

Cultivating fish in ponds has reduced migration and also started a trend of reverse migration. Pankaj Kumar Singh, who left his job in a large manufacturing company and returned to his village five years ago earns a good income from his four ponds. He plans to dig a few more ponds to increase his income.

Bunty Singh, who was working in Pune after completing MBA, is back in his village harvesting fish.

Even skilled workers and professionals who were forced to return to their native place during the Covid-19 lockdown have dug ponds for fish farming. They have stayed on in their village even after the lockdown was lifted.

Most of the villagers said that the fish ponds have brought in multiple benefits. The groundwater level has improved since the ponds help in rainwater harvesting and groundwater recharge.

They totally agreed when Santosh Kumar said, “Our fish ponds have become more than a source of livelihood.”

This article first appeared in villagesquare.in .