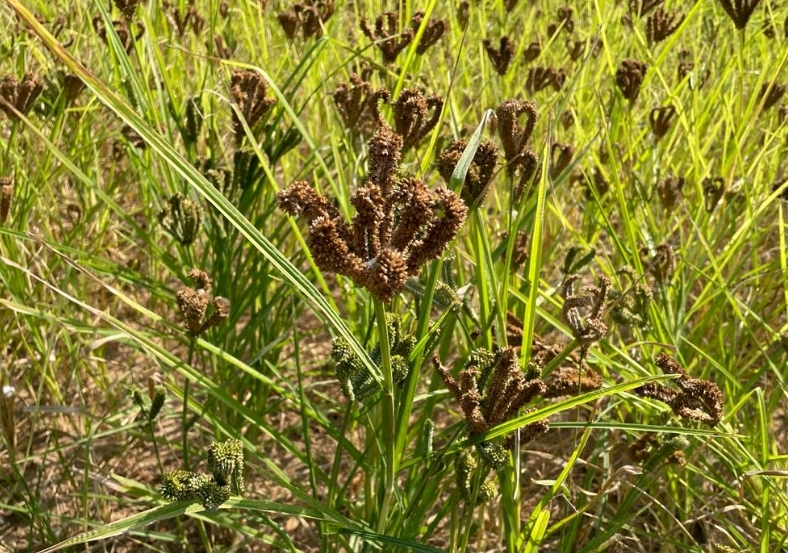 Millets, the small grains/seeds, that earlier appropriated as poor man’s food or fodder for the animals is now making inroad into upper class platter with much euphoria.

Varieties of millets is easily found in the racks of big shopping complex, malls and embellishing the menu card of five-star hotels and restaurant as well.

The nourishment potentiality of millets made the UN General Assembly to declare the year 2023 as International Year of Millets that was advanced by the Government of India.

Moving forward with this agenda of UN, the state government of Odisha declared 10th November as Millet Day from the year 2022 onward, to promote millets production as well as its consumption across the state.

It used to be popular among farmers of dry and arid region that failed to support other crops and vegetative coverage.

The properties and harvested quantity of this variety of grain helped to address hunger during the failure of rain in yester years.

However, despite its advantages in terms of low gestation period, low water requirement and strong immune system to pest attacks, for quite a long time it was relegated from that important stakeholder position of nourishment to the economically better off families.

Especially in the post green revolution period, the active promotion of cereals like wheat and rice made the millets be abandoned and eliminated from the culinary habits of masses and expatriated it to be used as fodder.

The result is, a major chunk of population was robbed of essential nutrients that they otherwise would have received and suffered nutrition related ailments.

My first encounter with the word millets happened during my primary school days.

The term was introduced to us as a category of food for human beings other than rice and wheat that we consume on daily basis at our home.

It was just mentioned that, ragi, jowar, bajra are the millets that are produced and consumed in India other than the major cereals like rice and wheat.

During those early periods of life where all the sense along with imagination are in hyper active mode to explore the world, my imagery impression of millets was that it must have been someone else’s food, not ours as it was absent from culinary practice of our home.

However, in last few years’ times the millets are emerging as dark horses in the race of providing nutrition where the nutritionist and life style experts are peaching high about the millets segregating the world of millets in to minor and major millets.

Millets like foxtail, little millets, barnyard, kodo and brown-top are considered as minor milers, produced in the India in smaller quantity, roughly constituting about 20percent of the total millets production.

On the other hand millets like jowar, bajra and ragi are considered as major millets accounting for 80percent of the total harvest of the millets.

It helps to address blood sugar level as well as cholesterol level in its consumers. The gluten-free property of these seeds is the base line for this being adopted in weight loss and beauty sector.

This journey of millets from of being ignored, rejected and abandoned from the culinary practice of common man to the status of modern-day super food category is impressive.

The world is now getting to know about the health benefit, environmental benefit of these tiny little seeds consisting essential nutrition along with putting less burden on the environment.

India is emerging as top exporter of millets to the world, especially in the post covid situation.

India is becoming world leader in the production of millets with the share of 41% of total world production in 2020.

The trace of millets being consumed in Indus valley civilization showcase its domestication in historic age.

In the present context of climate change with growing unpredictability in the weather condition, growing food is becoming more challenging for which the world can look towards millets production.

The millets production has the potential to address food security in the context of scanty rain fall.

Being comparatively less vulnerable to pest attacks as is often experienced with other major cereals, millets production is rewarding for farmer even in drought condition.

Millets are no doubt very good source of nutrition but it should also be consumed judiciously as too much reliance or dependency has never been beneficial to any party.

Simultaneously looking at the modern-day health and environmental problem millets seem to be the right choice for the present time both from producer point of view and consumer point of view.

It has the potential to address food security and income security of small and marginal farmers living in fragile environmental zone and promote wellness by addressing the issues of lifestyle diseases.