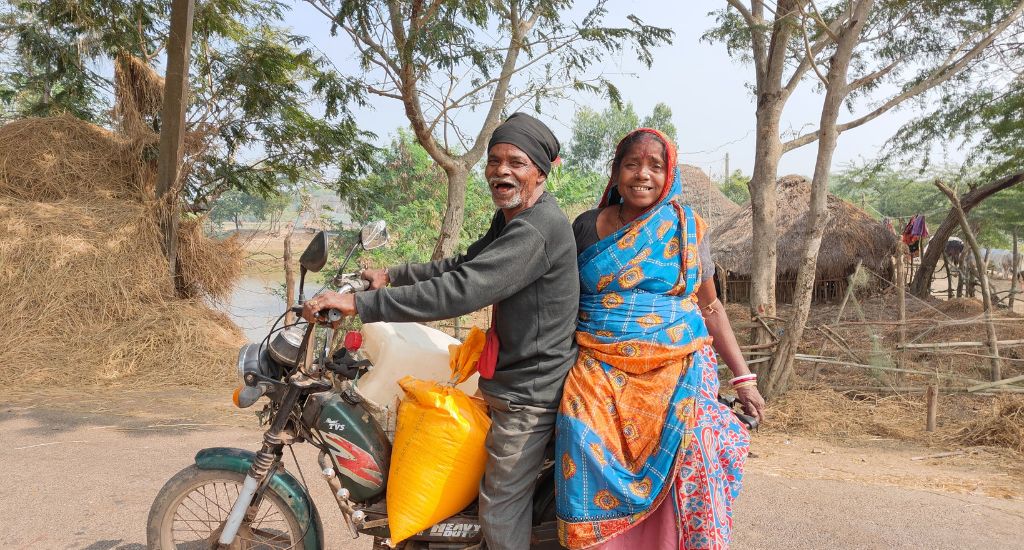 Saktipada Mishra and Tejaswani Mandal had several things in common, apart from both being in their sixties.

Saktipada, 67, was a widower, having lost his wife of four decades more than a year ago. Tejaswani, 63, was a widow with her husband passing away some four years ago.

More importantly, both felt ignored and ill-treated at home with their grown-up children taking little care of them.

Living in Odisha’s Kendrapara district, solitude and despair seemed to be their only companions, until fate intervened. 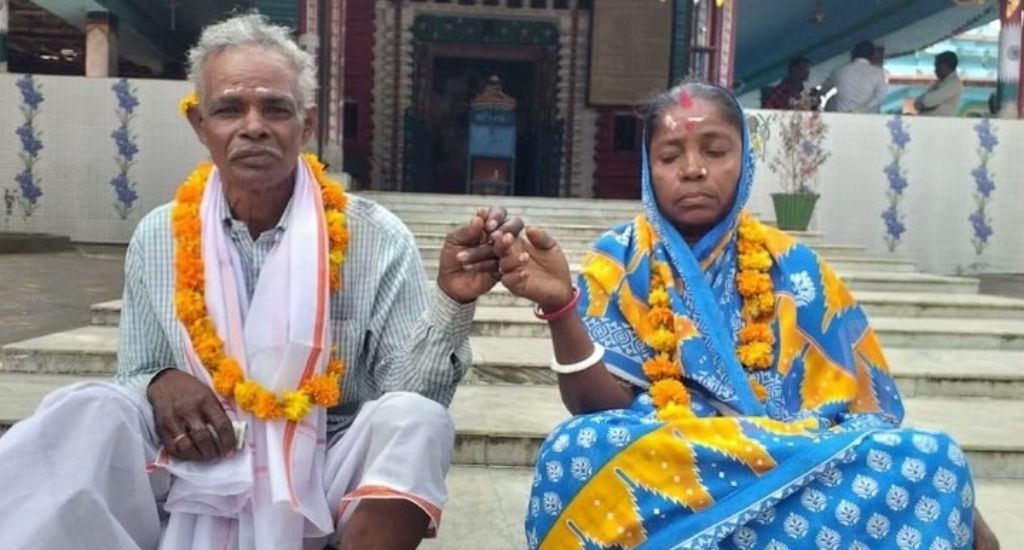 Saktipada Mishra (67) and Tejaswini Mandal (63) tied the nuptial knot in an austere ceremony at the village’s Jagannath temple on December 5, 2022.

They tied the knot at the local Jagannath temple earlier this month.

The marriage of a sexagenarian couple with greyed hair and increasingly infirm physique has become big news in Odisha.

Videos of the wedding are doing the rounds online with people – from far and wide – showing keen interest in trying to figure out why the two did what they did.

It’s a new life, I can again breathe.

There have been unkind comments too, with the newly-wed couple being at the receiving end of sneers and jeers from some neighbours and relatives alike.

But for Saktipada and Tejaswani, it has been a match made in heaven.

“It’s a new life,” said Saktipada. “I can again breathe,” pointed out Tejaswani.

Saktipada lived in Gogua village while Tejaswani lived some 3km away in the village of Badapal. Both have been struggling following the death of their respective partners.

“I had to eat alone, go to work alone” the landowning farmer recounted.

It was infinitely worse for Tejaswani whose children – 2 sons and 4 daughters – even physically assaulted her a couple of times.

My heart ached when I listened to her ordeals. Our circumstances were rather similar and I could connect with her pain.

It was then that she met Saktipada, who extended help – first to get medical treatment and then to lodge a police complaint.

Soon, Tejaswani began to work in Saktipada’s farm as a contractual labourer. 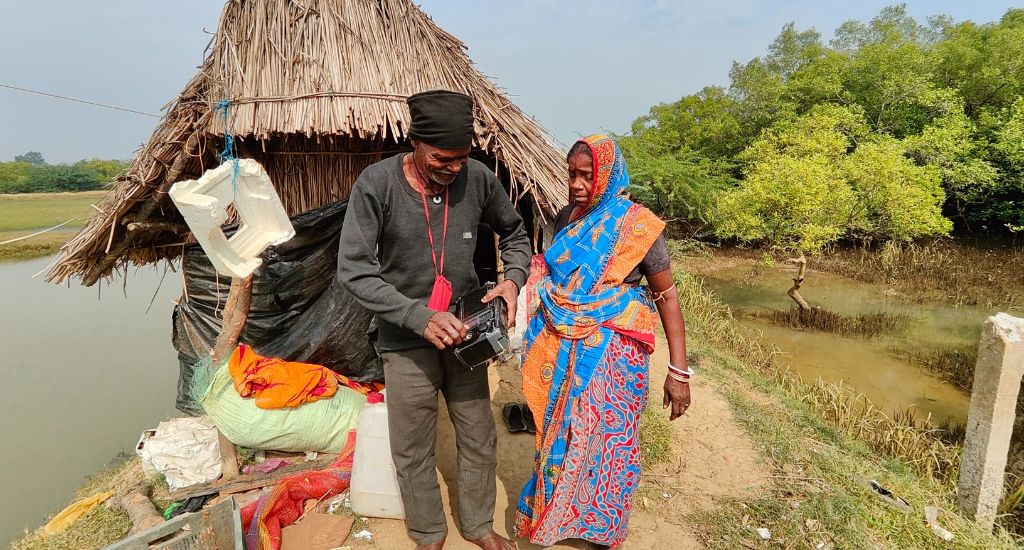 It was not long before they were drawn to each other.

When empathy turns to love

“My heart ached when I listened to her ordeals. Our circumstances were rather similar and I could connect with her pain,” Saktipada recollected.

One thing led to another and the two then decided to get hitched.

“I lived in constant fear for the past four years. But I feel safe here,” said Tejaswani, now in Saktipada’s home nestled amid mangroves and surrounded by prawn farms in Gogua.

“I can smile again, keeping aside my worries,” she added. Unmindful of their critics, the two are now bonding together over their love for radio.

They listen to songs together for hours on end, oblivious of the opposition from their children.

“They did not care for me in the past. Nor do I expect them to care for us now,” said Tejaswani.

The two are simply happy being in each other’s company. It is their biggest comfort.

Aishwarya Mohanty is an independent journalist based in Odisha. She reports on the intersection of gender, social justice, rural issues and the environment. She is also a Rural Media Fellow powered by Youth Hub.

This article was first published in Villagesquare.in.