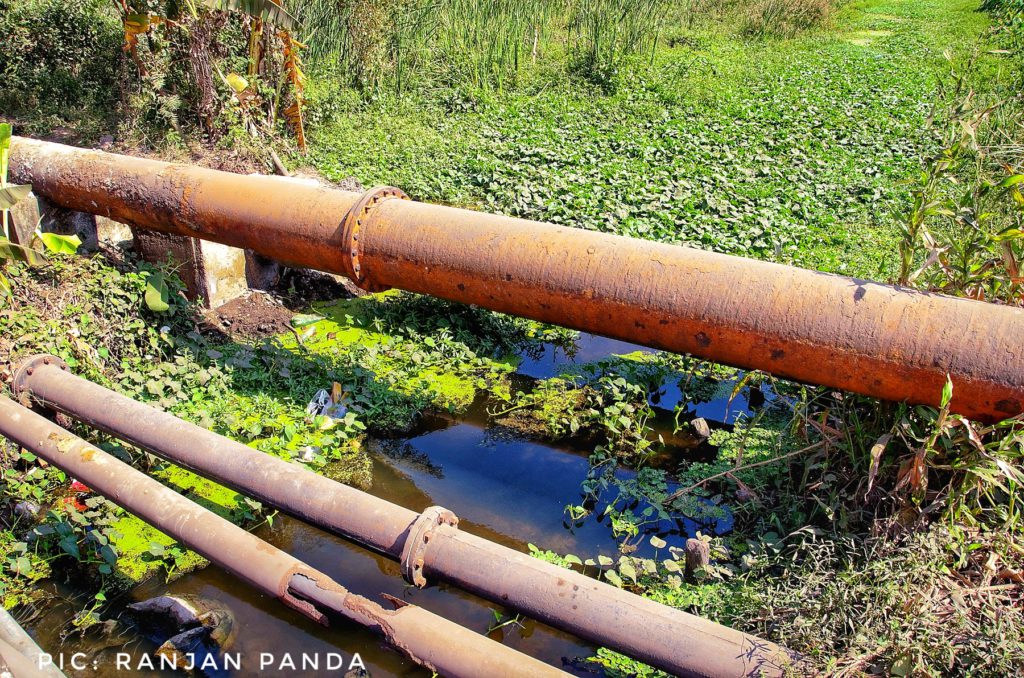 News of water scarcity fuels a lot of hue and cry in the nation, however when it comes to discussions about solutions we find very less engagement of people across all the sections of the society.

It is an irony that when the Niti Ayog released its Composite Water Management Index (CWMI) 2018, the scary water scarcity situation of India got huge media attention.

In reality, the Niti Ayog report hardly says anything new about the water crisis we face today. Most of the data it uses are already in public domain.

What’s new is the fact that the admission comes from a government body. What is also new is that the government think tank projects an intent to do something systematically through the developed index.

The index is the beginning of a new era of water management, the Niti Ayog claims. It would take at least half a decade to see if this index is technically working and then it can be modified.

However, it will take at least thirty years, in my opinion, to gauge its effectiveness in managing India’s water resources sustainably.

I say thirty years because that is the minimum period climate scientists take to understand a particular pattern of weather to be confirmed as a trend.

Interestingly the CWMI does not factor in climate change. That’s a lacuna, among many, that one gets to see at a cursory reading of the tool.

Some of the indicators do deal with initiatives of the state governments that fall under climate change adaptation and hence we can say the tools have a scope to analyse such actions and rank the states accordingly.

However, as the index is put to work and sharpens, may be the Ayog have to think better ways to integrate climate actions as a tool of better and sustainable water management.

Same is with pollution of water bodies. The index does not factor in solid pollution control measures, even though it does some talk about water reuse and recycling.

That’s perhaps the reason why some of the most polluted states rank high in effective water management. In this article, we will delve into this aspect, especially in the context of the cities.

One of the indicators does mention that contamination of water leads to 20 per cent of disease burden of the country and talks about capacity installed in the states to treat urban wastewater but this is not comprehensive.

Polluted Rivers –
The Niti Ayog says that 70 per cent of India’s water resources are contaminated and the country is placed at 120th position amongst 122 countries in the water quality index.

In fact, our cities are responsible for most of the river pollutions in the country. I have earlier written in this column that pollution of our rivers has been growing by the years, and our cities are the main culprits.

In fact, a comparison of two reports of the Central Pollution Control Board (CPCB) has confirmed that number of polluted stretches of our rivers have doubled just in five years. While in 2008, a total of 150 river stretches were polluted, it increased to 302 by 2012.

The latest that is available is a report of 2017 from the Central Water Commission (CWC) that analyses water quality data from 222 of the 429 stations it monitors across major river basins of the country.

It was found out by the CWC that water quality at 67 locations is beyond the permissible limit. Out of 67 sites, 14 sites fall in Category-I that means the river there is severely polluted.

12 sites fall under Category-II, meaning the rivers are facing substantial pollution at those stations. This report does not cover Ganga and its tributaries, Brahmaputra and Barak basins.

In Indus basin, CWC says, it does not have adequate water quality monitoring stations to be able to conclude anything substantial. Ganga is severely polluted according to a latest report of the Central Pollution Control Board (CPCB).

According to this report, as I have already written in this column earlier, even bathing in the river could be fatal with the concentration of Faecal Coliform (FC) shooting up to 13 times than permitted limits in many stations.

Data mismatch –
The Niti Ayog tool does not comprehensively cover the pollution data. In fact, data has been a big problem in India.

There are many sources that generate data but there is hardly any coordination between all of them, even when they belong to some or the other wings of the governments.

According to data released by the Government of India in December 2015, urban areas of India generated an estimated 62,000 million litres per day (MLD) sewage. The CWMI covers data of only 33,699 MLD wastewater generated from urban areas of 23 states.

With regard to the information on treatment of wastewater too, the CWMI has not been able to provide concrete pictures when it comes to the gap that exists between treatment capacity created and that is utilised.

According to the Ayog, most large states have installed capacity to treat more than 50 per cent of their urban wastewater, but significant gaps remain. It has not been able to specify the gap.

In relation to the large wastewater generating states such as Punjab, Maharashtra, Gujarat and UP, the Ayog prefers to use a rather ambiguous statement, “they can potentially treat 65-100 per cent of their urban wastewater”.

Creation of capacity does not necessarily mean actual treatment. The Niti Ayog admits that only one third of the wastewater generated is treated.

Going by a 2009 report of CPCB on functioning of the Sewerage Treatment Plants (STPs), we found that the STPs were actually treating 81 per cent of their capacity. Other independent reports put the figure further low.

The Niti Ayog index makes a right noise in this regard when it says, “It is imperative for the country to boost treatment of urban wastewater, both to ensure that downstream areas are not contaminated, and to enable the reuse of water.”

It gives the example of Israel that reuses 94 per cent of all water with a majority being used to meet 50 per cent of the country’s agricultural demand.

I was expecting that the Ayog does an evaluation of existing water treatment and reuse projects in India.According to a report by Price Waterhouse Coopers, the Surat Municipal Corporation (SMC) has built a 40 MLD reuse plant in 2014 to supply reclaimed water to Pandesara industrial estate,

At Yellahanka that supplies reclaimed water to Bengaluru International airport, and Maharashtra Generation Company (MAHAGENCO) and Nagpur Municipal Corporation (NMC) have jointly invested in a reuse project where treated water from an STP is further treated and used as cooling water.

There are already many such small examples throughout the country. There is also reasonable policy push. However, what India needs at the moment is a massive push for wastewater treatment, recycling and reuse in its urban areas.

Municipalities and industrial houses need to strictly adhere to the Water (Prevention and Control of Pollution) Act of 1974 that mandates the discharge of only treated wastewater.

We just cannot afford polluting our rivers and water bodies, we cannot discharge even a single litre of polluted water into them. Water pollution multiplies the water scarcity woes as having contaminated water is like inviting disastrous consequences.

And finally, sole reliance on STPs cannot help us treat all our urban wastewater. As I have written in this column before, we need a multi-pronged decentralised approach of wastewater treatment and management that needs to integrate nature-based solutions.

This article was first published in the Urban Update!