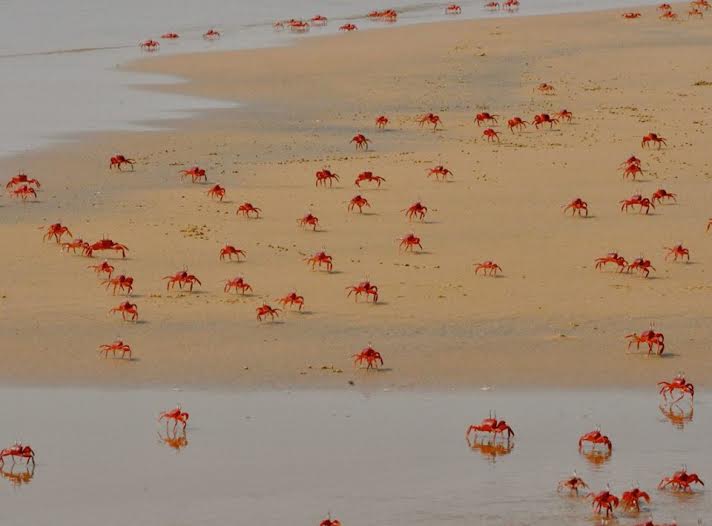 From elephants, tigers, crocodiles to Olive Ridley sea turtles, Irrawady dolphins and myriad varieties of birds – India’s eastern state of Odisha has it all.

The state is also home to many other species of wildlife thanks to the wide diversity of natural habitats it has. Sculptures of Olive Ridley turtles created by internationally acclaimed sand artist Sudarshan Pattnaik at the beach of his home town Puri in Odisha.

Many of my wildlife friends envy me since Odisha is the only state in India and the second place in the world where this unique event occurs.

Turtle lovers throughout the world eagerly await this wonderful natural event when thousands of turtles congregate in coastal waters from October onwards.

The sea turtles are our unique natural heritage and we are proud that nature has bestowed this privilege on us. 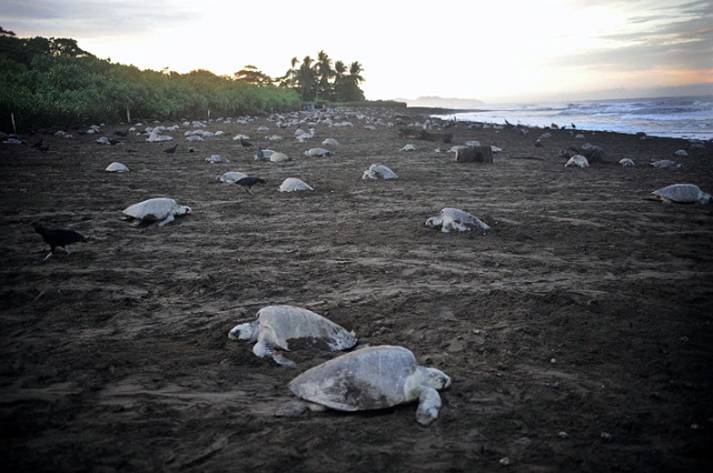 The best-known site is Gahirmatha Marine Sanctuary on the coast of Kendrapara district. Devi river mouth in Puri district and Rushikulya river mouth in Ganjam district are the two other spots where mass nesting takes place.

Mass nesting is one of nature’s rare events and I have been lucky to see this many times. Words fail to describe the wonderful sight of thousands of turtles heaving themselves up on the silvery beach to dig pits in the soft sand to lay their eggs.

Like some self-programmed toys, they follow one after the other and soon the entire beach is full of turtles without even space for putting your foot. The next event is the hatching of the baby turtles which is a synchronized happening as thousands of nests hatch approximately during a period of 3- 4 days.

Every evening, the little ones clamber outside the nest and race towards the sea. They have to go fast since hungry predators lurk to devour them if they expose themselves too much.

Olive Ridleys have an extremely poor survival rate since only one out of every 1,000 eggs laid hatches and grows up into an adult turtle and, therefore, protection of the breeding population is critical.

The world famous Bhitarkanika mangroves forests are home to some of the world’s largest crocodiles. The saltwater crocodiles are found here in large numbers and the latest estimate puts them at 1,600 odd.

However, more than half are juveniles who may not survive when they grow up.During nesting, they can be quite nasty. The cold season is the best time to sight them.

Take a country boat and enter the narrow creeks of Bhitarkanika and you will find these lovable giants lounging on the mud banks basking in the winter sun.

We have the record of largest crocodile in the world having lived in Bhitarkanika which was shot by the former king of Raj Kanika.

Chilika is Asia’s largest brackish water lake with a water spread of approximately 900 sq. km. Here, bird watching is an unforgettable experience not to be missed.

Just hire a boat and sail to Nalabana, the bird paradise which will transport you to another world. 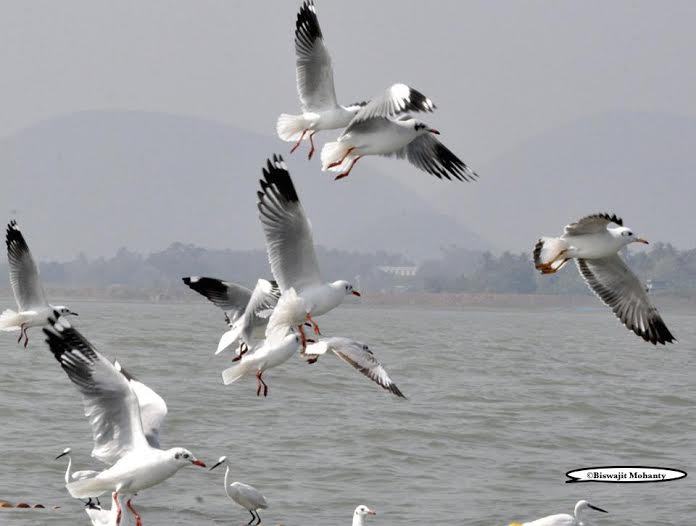 The only sound reflected over the tranquil waters of the lake is the joyful twitter of waterfowl as they bask in the pale morning sun. You shall be bedazzled by their myriad colours as they dive and feed in the lake waters.

The lake is also world famous for another rare creature – Irrawaddy, small dolphins found in river mouth and near shore sea waters. This endangered creature with a total estimated population of about 140 is easily sighted in the lake.

These dolphins stay in small family groups, are quite friendly and sometimes come close to the boats. It is a wonderful sight to see the watchful mother closely guarding her calf and teaching her how to catch the lake fish.

Songkhla Lake in Thailand is the only other place in the world which has a lake population of dolphins. No wonder, many foreign cetaceans researchers and lovers are attracted to this lake.

As you travel inland in the forested hills and valleys you will encounter a wide variety of forest animals like elephants, tigers, leopards, sambhar, and deer.

The state has nearly 1,900 elephants and at least 32 tigers. Satkosia has a good elephant population and is part of a bigger forest area stretching from Badamba- Narsinghpur to Rairakhol forests.

This huge area of more than 5,000 square kilometres enables the wildlife to migrate and spill over the natural habitat for feeding and breeding.

The river Mahanadi courses through the deep Satkosia Gorge. Never miss a boat ride in the Mahanadi. It is a mind-boggling experience floating down this 22 km stretch of the Mahanadi from Binka to Kamaladiha!

The steep hill slopes dip into the river on both sides and you are shadowed by the high hills as you sail down the tranquil waters.

Both species of crocodiles – the gharial and the mugger – are sighted here. You can also see river turtles basking on the rocks on the banks of the river.

Simlipal Tiger Reserve is spread over 2,800 square kilometres in the district of Mayurbhanj. It has wonderful rest houses dating from the Maharaja’s time dotting the wide expanse of the park. Simlipal is a water-rich area and you will be amazed by the huge number of streams which flow perennially in this area. There are wonderful waterfalls at Joranda and Barheipani.

Simlipal is a treasure house of orchids and more than 90 varieties have been listed here. You will find a profusion of orchids flowering during spring and early summer.

In fact, the place is famous for hill myna, a talking bird known to mimic voices. There are nearly 500 elephants in this park. The park is also well known for its tigers. Latest census by the Indian government reveals it has a tiger population of 20.

Another wonderful place to visit in Orissa is Barbara forests near Balugaon, about 150 km away from Bhubaneswar.

It has a wonderful population of bison and sambhar which you can see when you drive to Mahisagoth or Rajin hill road. Birds like Indian pied hornbill, yellow billed blue agpie, fantail flycatchers are also found here.

The vast open grasslands and scrub forests of Bhetnoi –Balipadar in Ganjam district, around 170 km from Bhubaneswar, are famous for its herds of black buck whose population has jumped since the last one decade. 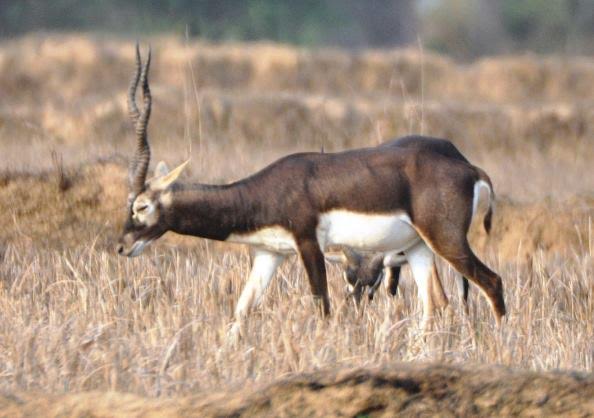 The locals revere the black bucks and protect them even though the animals destroy their crop fields. One can see black buck foraging quite close to the Aska-Buguda main road.

Odisha’s incredible wildlife wealth needs to be preserved for the future so that our children shall be true inheritors of the state’s natural heritage.

We should keep a close watch to ensure that the state’s invaluable treasure is safe and well protected. 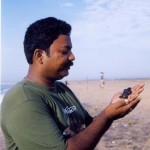 (Dr.Biswajit Mohanty is a noted wildlife conservationist and a former member of the National Board for Wildlife)