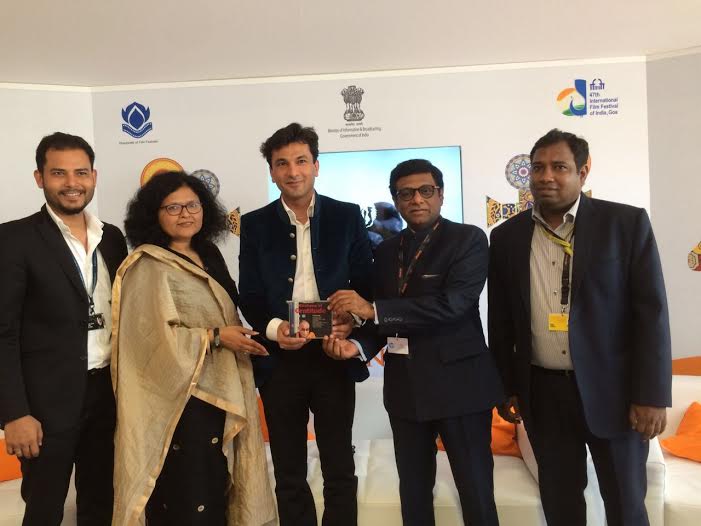 Jitendra, who has been bringing good cinemas from India to this platform for years, has been trying to promote meaningful films.

The 37-year-old Mishra, who was involved in the production of national award winning film ‘I am Kalam’ and has been the world sales and distribution consultant of nearly a dozen of films is representing celebrity chef Vikas Khanna’s film ‘ Kitchens of Gratitude’.

The movie exploring the world of faiths with a simple message of peace and harmony had a hall packed premiere on Saturday in the Marche Du Films – Palais C.

The common teaching of every faith, the film said, is sharing food with others and breaking of walls that divide us by breaking bread together.

Khanna launched the film’s DVD in the India Pavilion at Cannes, in the presence of the Indian Ambassador to France Mohan Kumar.

Jitendra is also representing two major feature documentaries: ‘God’s Own People’ and ‘Memories of a Forgotten War’.
God’s Own People, directed by noted filmmaker Nila Madhab Panda and presented by India’s Tourism and Culture Ministry, is on the famous Nabakalebara Rath Yatra in Odisha’s Puri. 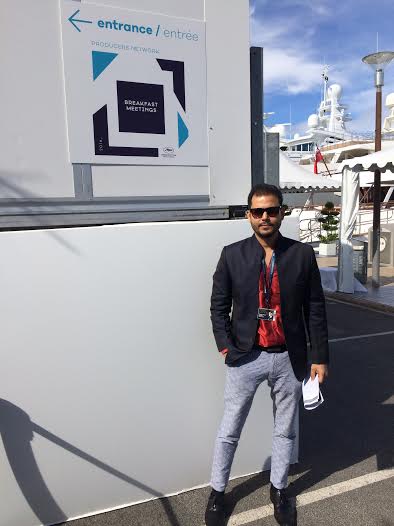 It is based on the rituals related to the reincarnation of Lord Jagannath and renewal (naba kalebara) of his body.

Two premiers of the documentary on May 12 at Gray 5 and May 13 at Doc Corner got an overwhelming response from the audience.

The documentary, Memories of a Forgotten War, tells the story of valour of young soldiers and common people who participated or witnessed World War-II.

The film is directed by National Award winning filmmaker-critic Utpal Borpujari and produced by Subimal Bhattacharjee.

‘Maiya’ starring famous Hollywood singer-actor Asha Puthli is a feature film lined up by Mishra in the Cannes Producers’ Network 2016.

Shot in the culturally rich and holy cities of Varanasi and Haridwar, the film dwells on the significance of relationships.

Jitendra, who has been bringing good cinemas from India to this platform for years, is also trying to promote few meaningful documentaries and short films along with feature films.