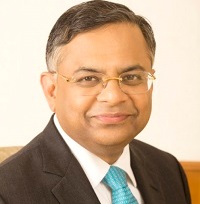 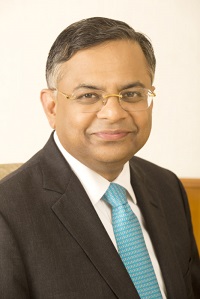 The board of directors of Tata Sons unanimously appointed TCS managing director N Chandrasekaran on Thursday as executive chairman.

Here are ten things you need to know about him.

Tata Sons is the promoter of the major operating Tata companies and holds significant shareholdings in these companies.

2. Chandrasekaran is not related to the TATA family. He was appointed as a Director on the board of Tata Sons on October 25, 2016.

4. He joined TCS in 1987 and became its CEO and Managing Director October 6, 2009. Under his leadership, the global IT solution and consulting firm has generated consolidated revenues of US $16.5 billion in 2015-16.

5. He is in the Central Board of Directors of the Reserve Bank of India (RBI) since 2016.

A brief posted about him on the RBI website described Chandrasekaran as an avid photographer, music aficionado and a passionate long-distance runner who has completed marathons across the world.

6. The executive who has over 28 years of experience in global software industry and business operations was conferred with honorary doctorate by several universities in India and abroad.

7. N Chandrasekaran also served as the chairman of NASSCOM, and was the chairperson of the IT Industry at the World Economic Forum, Davos for 2015-16.

8. He is a member of Indo–US CEO Forum as well as India’s bilateral business taskforces for Australia, UK and Japan.

9. He has received several awards including the Qimpro Platinum Standard Award for Business in 2015 and Institutional Investor’s ‘Best CEO’ for the fifth consecutive year in 2015.