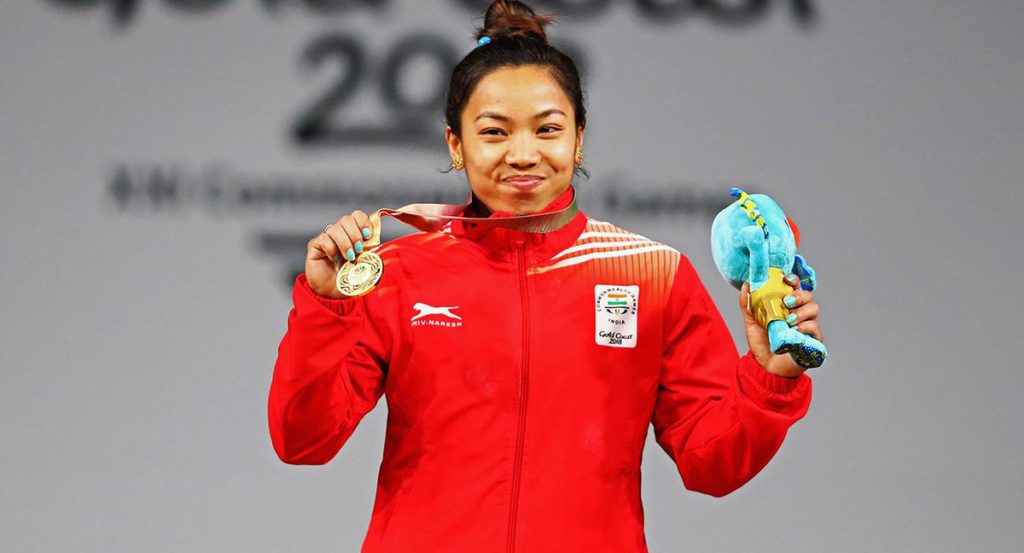 Manipuri weightlifter Mirabai Chanu got India its first gold medal in the women’s 48 kg weightlifting event on Day 1 at the 21st Commonwealth Games (CWG) being held at Gold Coast in Australia on Thursday (Apr 5).

She pulled off clean lifts in all her three attempts at 80kg, 84kg and 86kg.

Here are some facts you need to know about world champion weightlifter Mirabai Chanu:

2. As she did not have a weightlifting centre in her village during her childhood days, Mirabai Chanu travelled 60 km to her training centre.

3. She started to train in weightlifting in 2007 at Khuman Lampak Sports Complex in Imphal.

7. Mirabai Chanu won the silver medal in the women’s 48 kg category in weightlifting at the 2014 Commonwealth Games (CWG), Glasgow.

8. She became a world champion in 2017 after bagging the gold medal at World Weightlifting Championships held in Anaheim, United States.

10. Though Mirabai Chanu qualified for the 2016 Rio Olympics, she failed in all her three attempts in Clean & Jerk section.

11. At the 2018 Commonwealth Games (CWG), Mirabai Chanu lifted a total of 196 kg, 86 kg in Snatch and 110 kg in Clean & Jerk. She not only won the first gold medal for India for this year, but also broke the games’ record for the weight category.

12. The Government of India conferred her with the Padma Shri in 2018.

13. Mirabai Chanu is currently employed by the Indian Railways.