1. Bidrohee is a TV serial in Hindi based on the life and glorious saga of BUXI JAGABANDHU

2) It brings out the unsung armed struggle against British by Buxi Jagabandhu in 1817 in Odisha.

3) Bidrohee is aired on StarPlus Hindi and Hotstar Disney 6) Bidrohee’s star cast and creative and
research team were feliciated by Sri Dharmendra Pradhan, Minister of Education and Skill Development and Entrepreneurship, Govt of India and Padmabhusan Dr Pratibha Ray in New Delhi 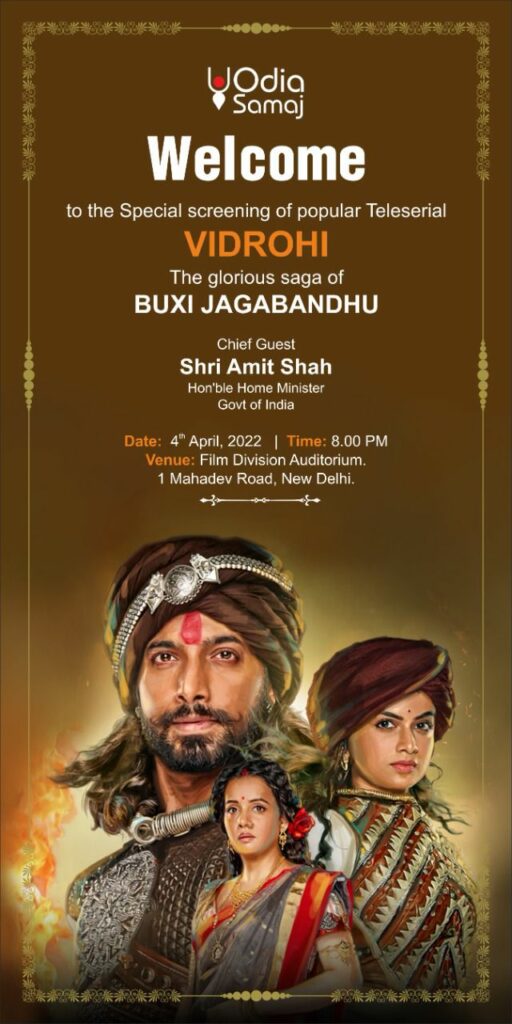