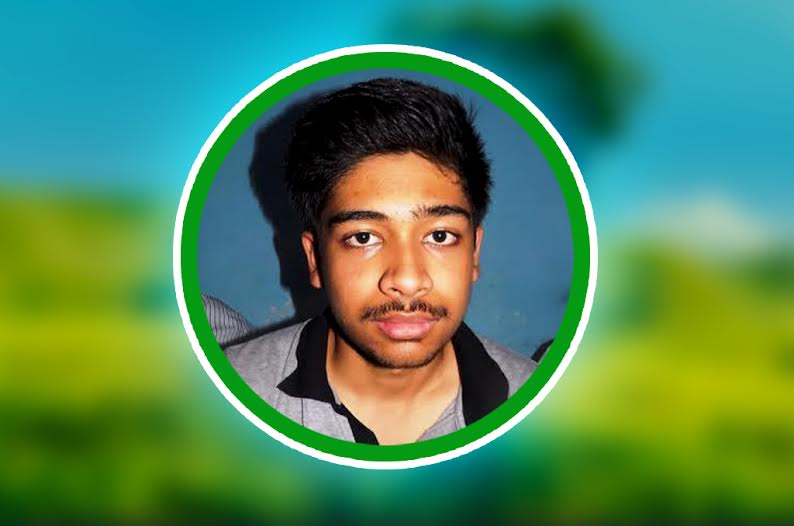 He lives in one of the remotest parts of India and the school where he studied is not much known. Hard work, sincerity, and dedication to study however paid him back.

A total of 1,69,381 students appeared for the examination, conducted by Council for the Indian School Certificate Examinations across the country.

While the achiever scored cent percent marks in mathematics, social sciences, and computer science, he got 98 percent in science and English and 96 percent in Odia, his second language.

Bolangir; the boys hometown in eastern India, celebrated the achievement with a burst of joy. The Little Flower School where he studied received hundreds of congratulatory phone calls.

“Abineet has always been excellent in his studies and made our school, Balangir and Odisha proud,” school principal Teena Joseph MPV said.

For the exam, he studied more than four hours daily after school, did not go out to play much though he loves football and kept himself closeted in his study room all the day.

“He followed the schedule for over a year,” a family member said.

Parichha had enrolled himself in a nearby coaching institute to have a better grip over computer science and went to a tutor for mathematics.

“Topping the exam is a big surprise. All I had expected was to secure over 95 percent marks,” a beaming Parichha, who belongs to a middle-class family, said.

The topper is a voracious reader and loves science fiction, Stephan Hawking being his favorite” The Time of India reports.

The boy is an NCC cadet and has a love for sports. “He had worked hard but the actual hard work was done by my mother” Aprameet, his elder brother, a law graduate said.

He loves reading religious books to know if there is any existence of god. This curiosity has turned his interest towards cosmology. He has already read Bible, Quran, and other religious books.

He and his elder brother both love to debate on the various topic and to achieve concentration they play chess and Sudoku.

Abineet will take admission in Plus Two (class 11 and 12) with physics, mathematics, chemistry and computer science as his subject.

But his dream is to take up extensive research in science. He wants to study cosmology. “You need to focus on your study and to do good time management to achieve success”, he said.