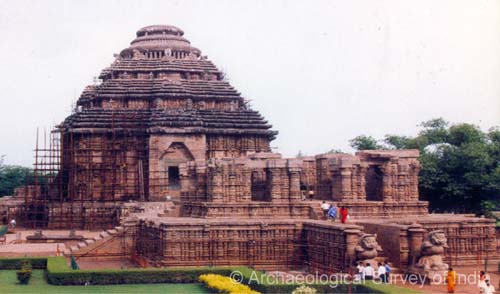 Prime Minister Narendra Modi, who is otherwise known as an articulate speaker, is making headlines again, but this time for his “historical” goof-up about the famous Sun Temple of Konark. 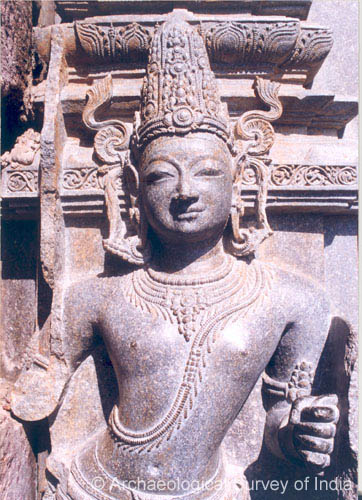 A deity at the Sun Temple, Konarak

While attending a ceremony marking the repatriation of ancient Indian cultural artifacts in Washington DC, Modi on Monday (June 6) said: 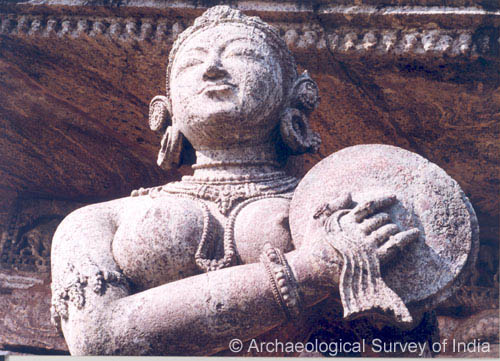 Close up of a lady musician at temple Jagamohana

While Twitter and the political scene keep trending and slamming Modi for his Konark remarks, here are 10 facts you did not know about the Sun Temple of Odisha: 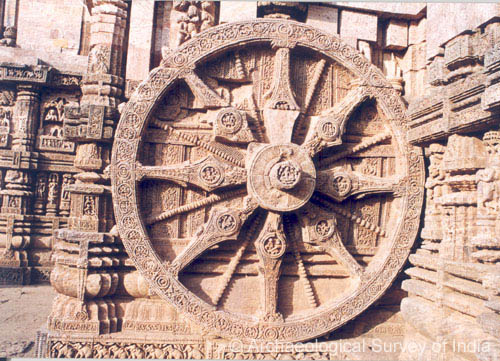 One of the stone wheels

1. European sailors nicknamed Konark Temple as the Black Pagoda (Kaala Pagoda) since it was made of khondalite and black granite.

The name was also given for the temple’s immense magnetic power that used to draw ships ashore and at times even caused shipwrecks. This was because of the 52-ton magnet used to construct the peak of the temple. 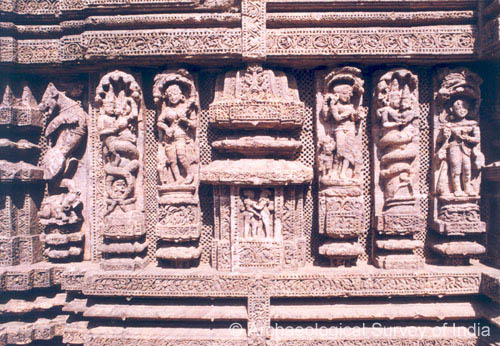 3. King Narasimhadeva I of Eastern Ganga Dynasty built the temple over a period of 12 years, employing 12,000 artisans. 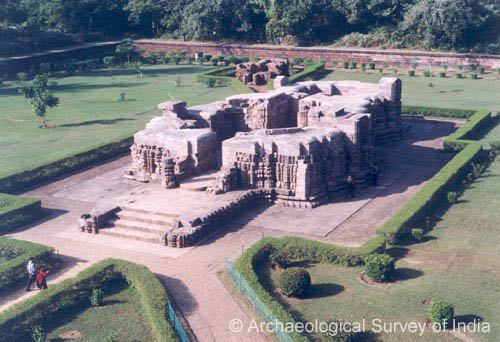 Mayadevi Temple in the premises of the Sun temple

4. Situated at the north-eastern corner of Jagannath Dham Puri or the Chakra-kshetra, Konark is known as the Arka-kshetra or Padma-kshetra. Here, the Sun God Arka is popularly called Biranchi-Narayan. 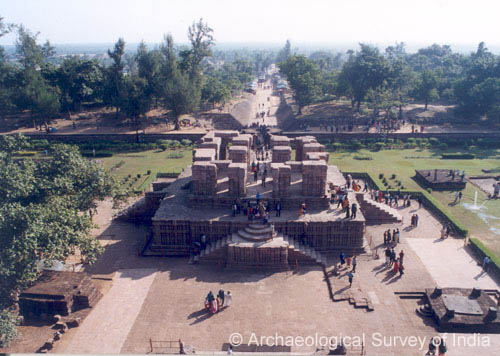 View of the Nata mandira or dance temple

5. The temple was originally constructed at the mouth the Chandrabhaga river, which used to flow within a mile to the north of the Konark site to join the Bay Of Bengal. But the river has dried up now. 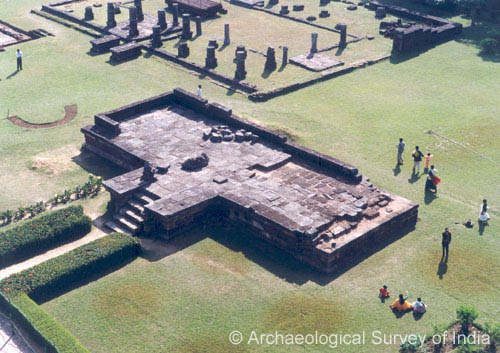 Panoramic view of a subsidiary shrine

6. Following traditional Kalinga architectural style, the temple is shaped like a giant chariot, the carrier of Surya, the Sun God, with twelve pairs of wheels and is pulled by seven horses. 7. The temple is east-inclined so that the first rays of the sun falls on its main entrance. 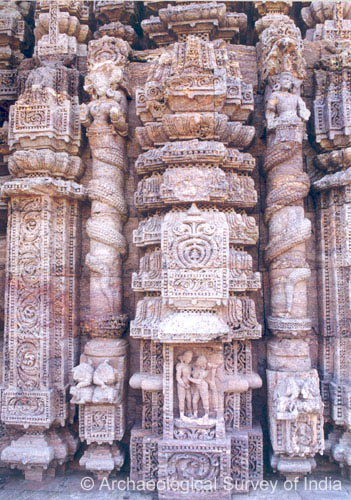 One of the carved decorative portions 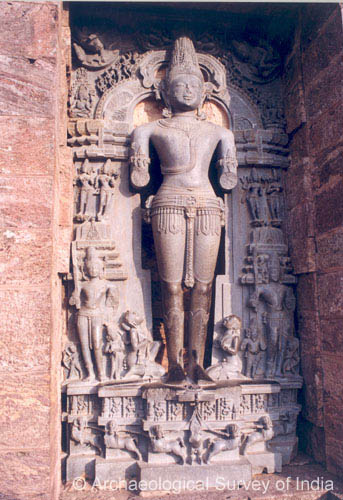 8. The main idol of Sun God used to remain suspended in the air with the help of the huge magnet at the peak and another magnet fixed at the basement.

There was a diamond in the centre of the idol which reflected the sun rays that passed. In 1627, the then Raja of Khurda took the Sun idol from Konark to the Jagannath temple in Puri. 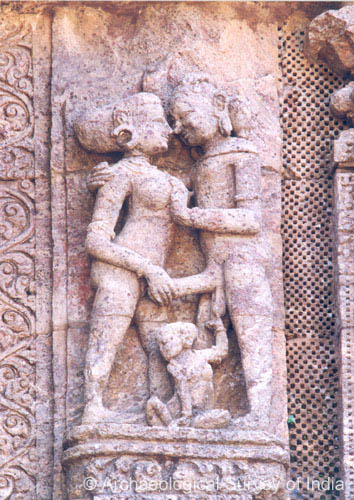 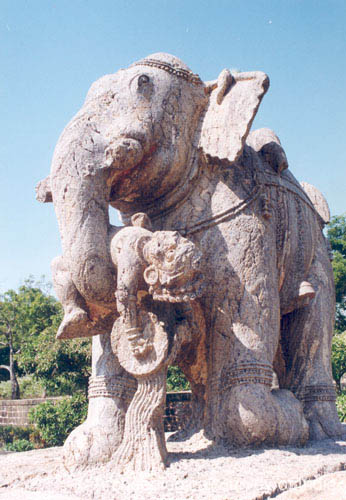 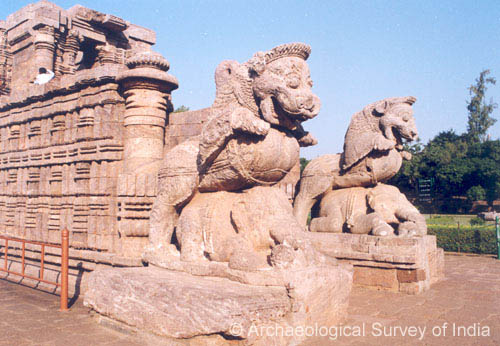 Pair of lions crouching on elephants. They are located at eastern staircase of the temple One of the twelve horses drawing the huge chariot shaped temple.

9. The Sun Temple collapsed. However, the exact date and reason behind the accident is yet unknown. Some historians cite construction defects and a weak foundation.

There are others who support the magnet removal theory. It is said that Portuguese voyagers stole the huge lodestone (a mineral magnetite that is naturally magnetized) from the temple top to stop shipwrecks.

As a result, there was a total imbalance in the temple where every two stones were sandwiched by iron plates, and the entire structure collapsed.

Some theories support Muslim governor Sultan Sulaiman Karrani of Bengal, aka, Kalapahad invading Odisha in 1508 and destroying many Hindu temples, including the Sun Temple. 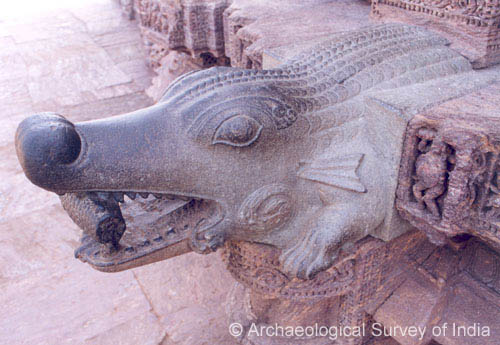 Pranala (outlet for the sacred oblations) in the form of a crocodile. 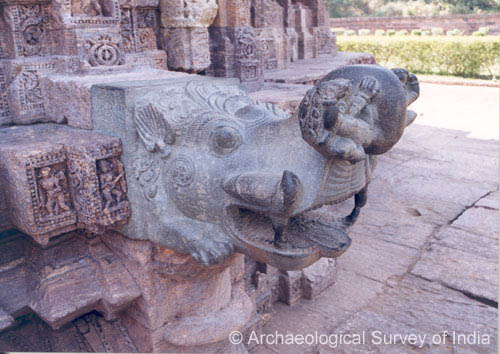 Pranala (outlet for the sacred oblations) in the form of a vyala (mythical animal).

10. The temple teaches mortality. The two huge stone lions on both sides of the entrance represent pride. Each lion is seen crushing an elephant that symbolizes money.