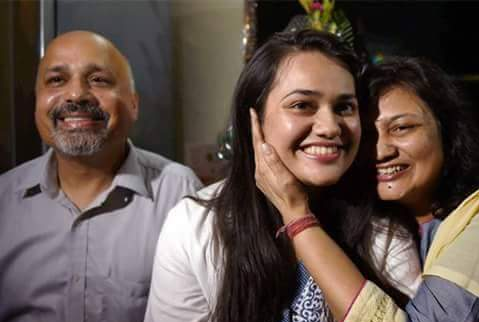 The 22-year-old who topped the Civil Services Examination (CSE), 2015, that too in her first attempt, is a simple humanities graduate from Delhi.

What are the future prospects of simple graduates from middle-class and lower-middle class families?

At the most, they land up as sales executives with private companies or become insurance agents or private tutors or if you are a woman, get married and have children.

But Tina Dabi and Ansar Ahmad Shaikh have proven that if you dare to dream big and work hard towards achieving that, you will get what you dared.

By now, the entire country knows who Tina Dabi is! The 22-year-old who topped the Civil Services Examination (CSE), 2015, that too in her first attempt, is a simple Humanities graduate from Delhi.

Whereas, 21-year-old Ansar Ahmad Shaikh is son of an auto-rickshaw driver from Maharashtra.

He ranked 361st in the exam conducted by the Union Public Service Commission (UPSC). He too is a simple graduate of political science.

All you need to know about Tina Dabi:

1. Originally from Bhopal, the ‘Student of the Year’ from Lady Shri Ram College scored 100 percent in Political Science and History in her Class XII ICSE board exams.

Her schooling was at Convent of Jesus and Mary in Delhi. She graduated in 2014.

2. She credits her mother Himali Kamble for her success. 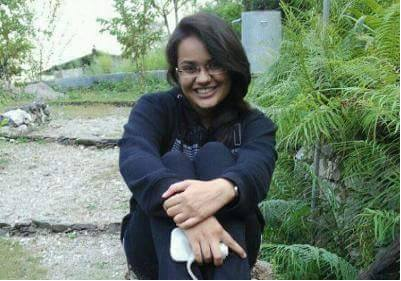 “My mother is my role model. She was an Indian Engineering Service (IES) officer just like my father (Jaswant Dabi) who is working with the Department of Telecom, but she took voluntary retirement so that she can devote all her time in raising me and my sister Riya.

It was my mother who asked me to take Political Science in college,” says Dabi.

3. A Dalit by birth, Dabi has chosen Haryana as her preferred cadre since she wishes to work towards empowering women there.

“I chose Haryana as it will be quite challenging for me. Everyone knows the sex ratio of the girl child and boy child there. As per Census 2014, there are 846 girls per 1,000 boys in Haryana. I want to contribute my efforts to empower women there,” she told Big Wire.

4. She deactivated her Facebook account last year so that she remained uni-focus towards her goal. “But I re-activated it on Tuesday (May 10, after the results were out), says Dabi.

5. Dabi loved painting, especially Madhubani painting, reading and shopping. Even while preparing for the exams when she used to study for 8-10 hours per day, once in 15 days, she would go shopping at Dilli Haat and malls in Saket.

All you need to know about Ansar Shaikh:

1. He is from Shelgaon village at Jalna district in drought-hit Marathwada region of Maharashtra.

2. His brother works in a garage.

‘It is because of my brother that I have been able to get this achievement. He supported me like anything. I will always remain indebted to him,” says Ansar. 3. Ansar did his schooling from Marathi medium Zillah Parishad school and completed his HSC from Barwal College in humanities. He apparently scored 100% marks in Sanskrit.

4. Ansar did his graduation in Political Science from Pune’s Fergusson College in 2015. He scored 73%.

5. He changed his Muslim name to a Hindu one – Shubham – while at college to avail food and accommodation without hassles.

6. He claims he comes from a disturbed family where his father Ahmad has three wives.

Ansar says his father used to beat his mother regularly and got his two sisters married off at 14 and 15 years of age respectively.