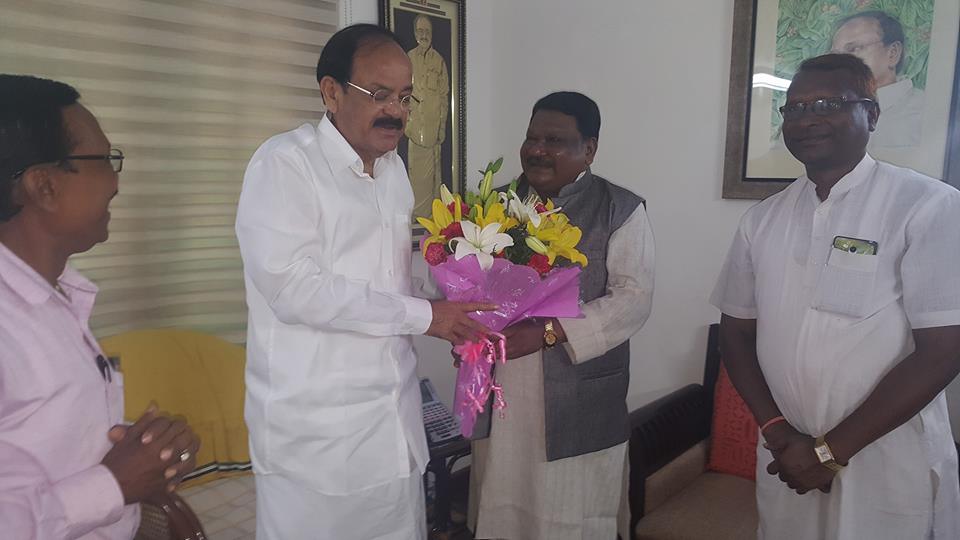 Venkaiah Naidu is the third Vice President from Andhra Pradesh. Earlier, it was Sarvepalli Radhakrishnan and VV Giri.

Venkaiah Naidu will be administered to the oath of office by President Ram Nath Kovind at a function at Rashtrapati Bhavan on August 11.

2. He went to V. R. High School, Nellore. He pursued his bachelor’s degree in politics and diplomatic studies from V. R. College.

3. Venkaiah Naidu forayed into politics during his college days. It was while pursuing a bachelor’s degree at Andhra University College of Law, Visakhapatnam, in 1971 that he became a swayamsevak in the Rashtriya Swayamsevak Sangh (RSS) and joined Akhil Bharatiya Vidyarthi Parishad (ABVP). He went on to became president of the students union of colleges affiliated to the Andhra University in two years.

4. An excellent orator, he was an advocate of Hindi in South India. He addressed numerous political meetings in Andhra Pradesh in Hindi, which was quite a rarity.

5. Venkaiah Naidu is the third Vice President from Andhra Pradesh. Earlier, it was Sarvepalli Radhakrishnan and VV Giri who became the Vice President of India.

6. One of the most popular BJP leaders in Andhra Pradesh, Venkaiah Naidu was elected as a member of the Rajya Sabha from Karnataka in 1998. He was re-elected in 2004 and 2010.

7. When the BJP-led National Democratic Alliance (NDA) came to power in 1999, he was made Minister for Rural Development in the then Prime Minister Atal Bihari Vajpayee’s Cabinet.

————————————————–
8. Venkaiah Naidu became the National President of the BJP in 2003, and was elected unopposed for a full three-year term in 2004. However, he resigned from the post after NDA’s defeat in the general elections the same year.

9. After the landslide victory of the BJP in the 2014 general elections, Venkaiah Naidu became Minister for Urban Development and Parliamentary Affairs in Prime Minister Narendra Modi’s Cabinet. He took additional charge of the Information and Broadcasting Ministry in 2016.