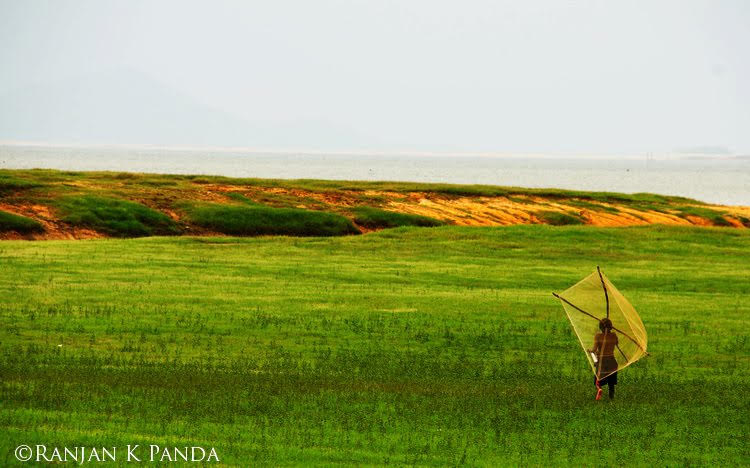 The Mahanadi conflict is perhaps the youngest of all inter-state river water disputes in the country.

The two major riparian states – Odisha and Chhattisgarh – are at loggerheads for about seven months now over the distribution of Mahanadi waters.

Odisha fears a drastic reduction of water flow in the basin due to several dams and barrages upstream, which have been built by Chhattisgarh without its consent.

The Mahanadi conflict has now reached to the panchayat elections in which, to rub a pinch of salt to the woes of Odisha, the Chhattisgarh chief minister Raman Singh has been fielded as the lead star campaigner by the Bharatiya Janata Party(BJP).

Singh, being projected as the main villain by Odisha’s ruling political party Biju Janata Dal, Congress and other political outfits for the obstruction of water, faced stiff opposition and protests while campaigning in Odisha.

However, Singh tried to put up a brave face in defending his action with all that he had been saying for the last seven months, and which has not satisfied Odisha so far.

The Chhattisgarh government has been maintaining that it owns maximum catchment area of Hirakud Dam (the largest dam on Mahanadi and Asia’s longest earthen dam) and still utilises only 4% of the water resources of the basin.

Singh “advised” the lower riparian state to build more large dams so that it can utilise almost 100% of water. According to an ill-advised Singh, Odisha is unnecessarily letting 82% river water go waste into the Bay of Bengal – sheer ignorance, which also grips many Odisha politicians as well.

Mahanadi is already a water-stressed river and the Bay of Bengal one of the most vulnerable to sea rise and disasters related to that.

Further obstruction of freshwater would spell serious disasters in the forms of sea water ingress, increased cyclones and other related disasters.

Unfortunately, our policy makers have failed to see river basin management in its totality. That’s the reason why, for more than a decade now, I have been demanding a detailed status report on the river. The government has yet to come out with a status report.

Governments shy away from giving detailed information, rather love to play around with selectively picked data.

Singh claims that the Mahanadi has sufficient water and despite all the planned development in Chhattisgarh, Odisha would not face any water shortage for the coming hundred years or more.

The Chhattisgarh CM is certainly fooling himself and others. But the Odisha government is also not playing any visionary game either.

It got a ‘routine’ monthly bulletin of the Hirakud dam authorities leaked to a few media houses to respond to Singh. I assume it was ‘leaked’ because this news surfaced on the day when Raman was to campaign in Odisha.

A letter written on January 20 by the Hirakud dam authorities to the state water resources department claimed that the December 2016 inflow of water into the dam has reduced by 33% compared to the average of an eleven-year period from 2005 to 2015 for the same month.

A panic was suddenly created, newspaper headlines and live television debates projected as if a great loss of water flow has occurred in the Mahanadi.

A skin-deep peep into the data would tell us that the claims about such huge loss don’t stand at all. In fact, the way data have been presented and analysed also calls for inspection.

The letter in reference gives inflow (runoff from the catchment) data of ‘December’ for years from 2005 to 2015, calculates the average at 0.183 million acre feet (MAF) and then goes on to say that because Chhattisgarh started impounding of new barrages (five of them) this year, the inflow to Hirakud reservoir for December 2016 got reduced to 0.123 MAF that is a reduction of 33% from the average of ten years.

While there is no co-related data given to substantiate that claim, the letter even makes a silly mistake of considering 2005-2015 as a ten-year period while actually they add up to eleven years.

More importantly, what makes this claim look baseless is the fact that the December runoff was lower than this in two previous years in the eleven-year period in the report.

——————————————
You may like to read
Why Mahanadi needs better politicians
Inside story of Odisha’s longest serving chief minister
Tips to get rid of winter acne
India should raise inland fisheries productivity
How much are your bad habits costing you?
10 home recipes to whiten your teeth

Why is Tamil Nadu celebrating MGR
Who is Sasikala Natarajan?
10 interesting things about O Panneerselvam
Why Uttar Pradesh may not be a cakewalk for BJP
——————————————

And, if we look into the previous decades, there have been at least 15 years between 1958 and 2004 when the inflow was below this December’s figure.

There might be several factors responsible for this reduced inflow, including the barrages.

What one would expect from technical people in the water resources department is to consider rainfall statistics at the least. However, things seem to have been flared up with a particular intention without looking into the comprehensive picture.

This is certainly not going to help Odisha’s ‘victim’ stand in anyway. Chhattisgarh has been claiming otherwise, and it will continue to do so.

Such cherry picking of data would certainly not help if Odisha is serious about resolving the Mahanadi conflict.

Time has come when both the governments set up an independent expert committee and make a complete assessment of water availability in the basin, both for present uses and future needs.

The Mahanadi’s water stress is visible and it has already impacted the livelihoods of millions of indigenous people dependent on it. Any callous approach in dealing with it would only aggravate the conflict.

Data that both the states are now putting up are fragmented and selective as the one reported in this article.

Odisha government, which had asked for a joint technical assessment of water availability, later opposed the formation of a Negotiation Committee part of whose job was supposed to be this.

We don’t have a problem if political parties ruling both the states make Mahanadi dispute an issue to garner votes in the panchayat elections.

But we certainly have a problem if they limit their vision and actions only to political interests. We need the chief ministers to assume the larger responsibility of assessing the real plight of Mahanadi and plan for its rejuvenation.

We have no other option than dialogue, strategic planning and peace.