American singer-actor Beyonce is pregnant again and this time also she literally rocked the internet with her pregnancy announcement on Instagram that became the most-liked post on the social platform within minutes.

Beyonce’s pregnancy photo on Instagram generated 8,923,553 likes as of this writing.

The caption, suggesting that she is expecting twins, read: “We would like to share our love and happiness. We have been blessed two times over. We are incredibly grateful that our family will be growing by two, and we thank you for your well wishes. – The Carters”.

Here are 10 quick facts you need to know about Beyonce:

4. She collaborated with popular Colombian singer Shakira to record a single “Beautiful Liar” that was released Feb 12, 2007.

5. She was named after her fashion designer mother’s maiden name – Célestine “Tina” Beyincé.

6. In her childhood, she used to perform as a soloist with St. John’s United Methodist Church choir.

8. She suffered a miscarriage around 2010-11 and still considers the event as the “saddest” event of her life.

9. It was in August 2011 that post her performance at MTV Video Music Awards, Beyonce announced she has conceived again.

Her announcement made 2011 MTV Video Music Awards the most-watched broadcast in the history of MTV with 12.4 million views.

“Beyonce pregnant” remained the most Googled term for the entire week of Aug 29, 2011.

10. She gave birth to her beautiful daughter Blue Ivy Carter at Lenox Hill Hospital in New York City on Jan 7, 2012. 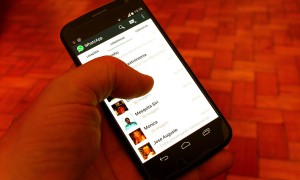